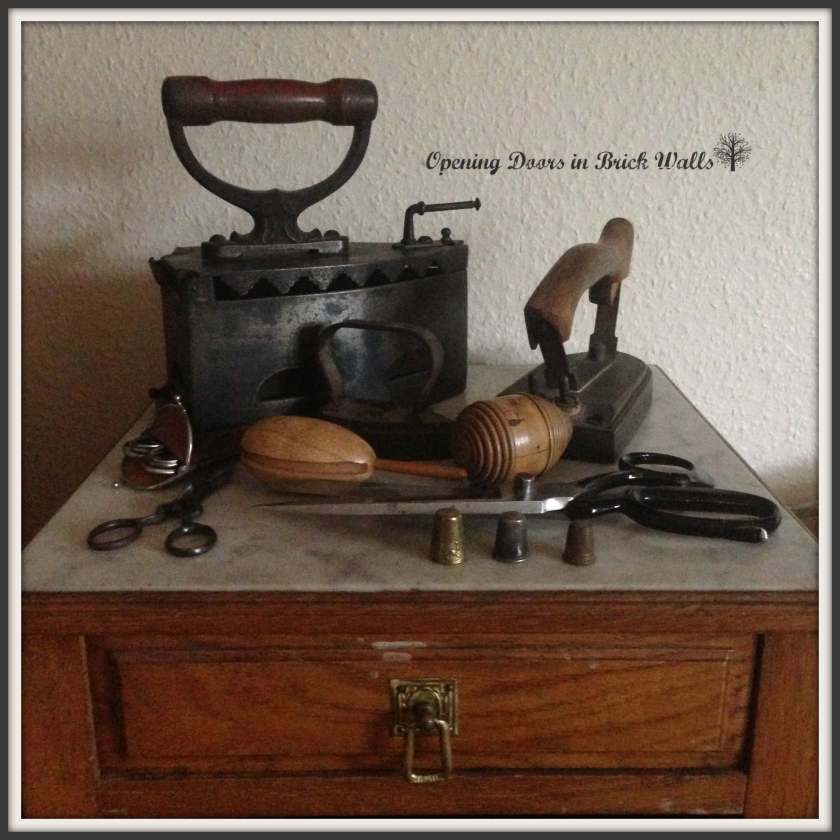 My Bomi, Marie Marcelle FOURNELLE, was a seamstress. Bomi is Luxembourgish for grandmother. Bomi was always working in her sewing room whenever we visited her. It was her livelihood. After the death of her husband of six years, she used the trade she learned to feed her daughter and herself. 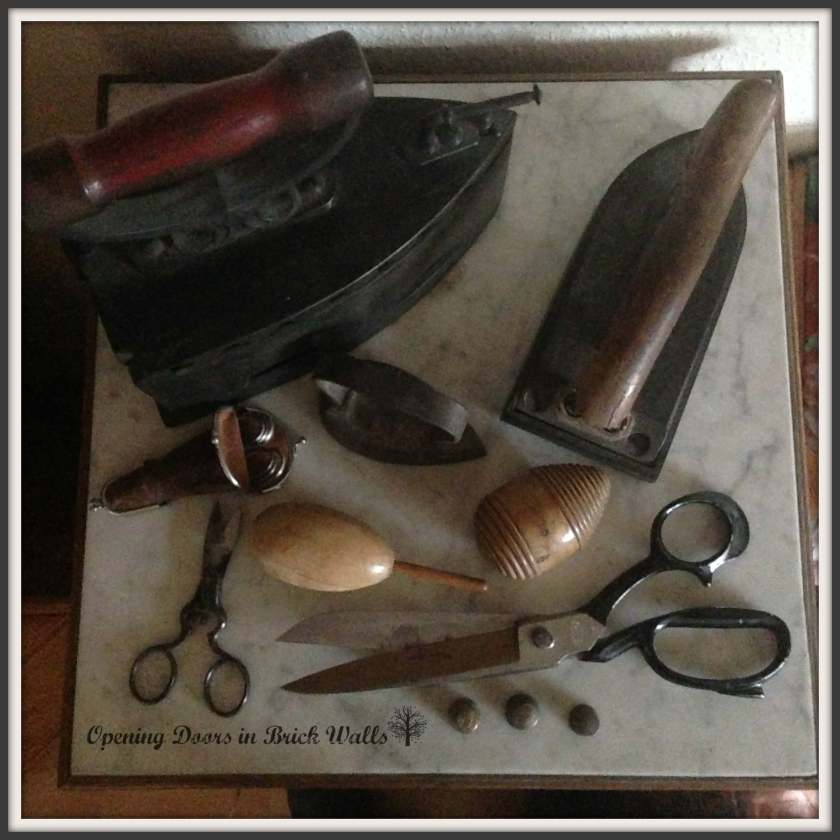 After her death I wanted to have some of the tools of her trade. I didn’t take any of her sewing machines as I already had her sister-in-law’s. I chose small things, her irons, scissors, thimbles, darning eggs. 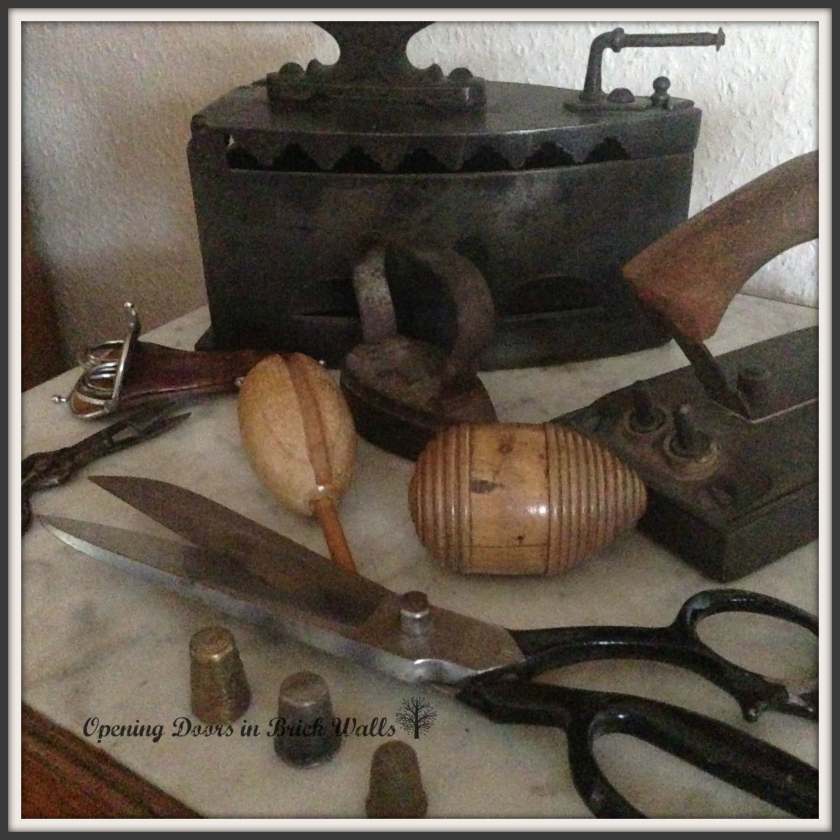 The tiny iron in the middle of the above photo was the one my mother used to “iron” her doll’s clothes. When she was old enough to help in the sewing room she used it to iron open seams for her mother. 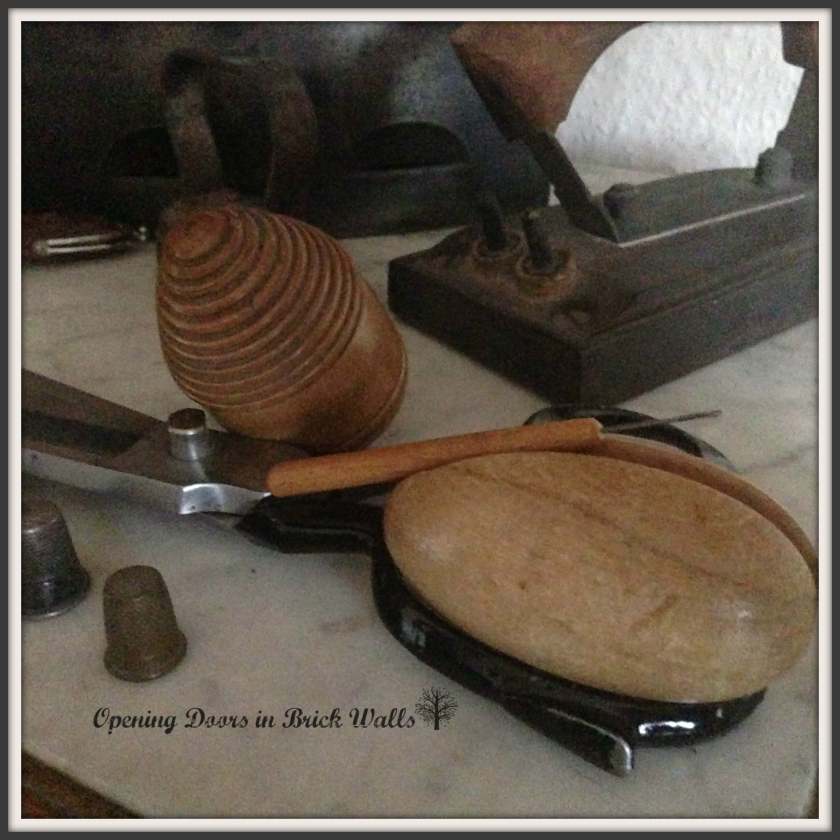 How many people still darn their socks today? Bomi had a darning egg with a teeny tiny crochet hook to pick up runs in stockings and knitted clothing. Do you remember when you used nail polish to stop a run? We used a bit of soft soap so that the run could be picked up and fixed. 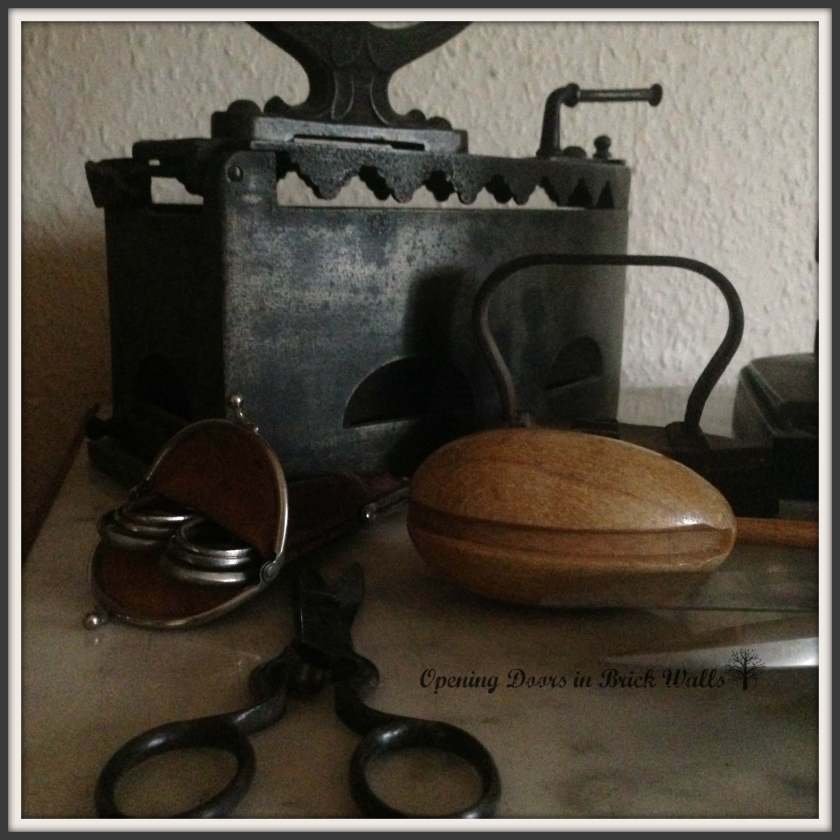 Bomi could turn an old coat or dress into a new piece of clothing worthy enough to visit a queen. When the Grand Duchess of Luxembourg visited Queen Elizabeth in England she took along her attending physician Dr. Emile Gretsch. His daughter accompanied him and in preparation for the trip she brought clothes to Bomi to be turned into new outfits. When they were in London the doctor’s daughter sent Bomi a postcard telling her jokingly “haute couture Fournelle” was well received in London. 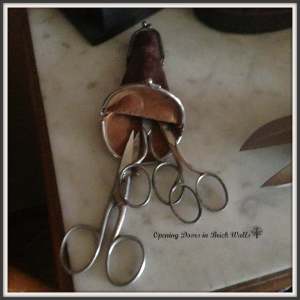 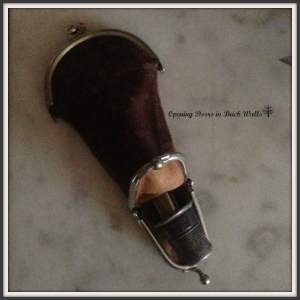 Bomi was always prepared to fix a fallen hem or sew on a loose button with this cute leather sewing purse with embroidery scissors and a thimble.

I wish I had been able to keep many things from her large house, including her old front door, but we did not have the room for everything. 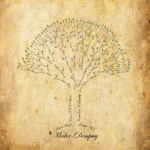 Please take a moment to visit Jessica’s blog Cutesy Crafts. She wrote Homemade Christmas Ornaments from Grandma’s Doilies, a post that fits right into our Heirlooms theme. I first discovered her blog and Family Tree Art Tutorial back in April 2013.