Sarah M. PADDOCK (1835-1919) was the daughter of Tristam PADDOCK and Charlotte PALMER. She was the sister of Mary, Ellen and Phebe, and Johanna, the wife of Samuel L. ROYALTY featured in earlier posts.

Sarah was the unwed mother of John M. PADDOCK (1851-1925) who lived with his grandparents in 1860, 1870, and 1880 in Union County, Indiana. Sarah married Job HARRIS (no record found) and was enumerated in his household in 1870 in Randolph County, Indiana, with their son Elisha B. born in May 1870 per census. This son was seen as Arthur HARRIS on the 1880 census and when he married in 1892. The HARRIS family may have been photographed in 1885 and will be discussed in a future post. Sarah remarried in 1894 to Elisha BRACEY. Was it only a coincidence she named a son Elisha B. in 1870 and married a man named Elisha BRACEY in 1894?

She had her picture taken (early 1890s) about the same time as her sisters Ellen and Phebe. She wore a dress similar to theirs, only the ruffled collar with a bow was different from the lacy collar seen in Ellen and Phebe’s portraits. 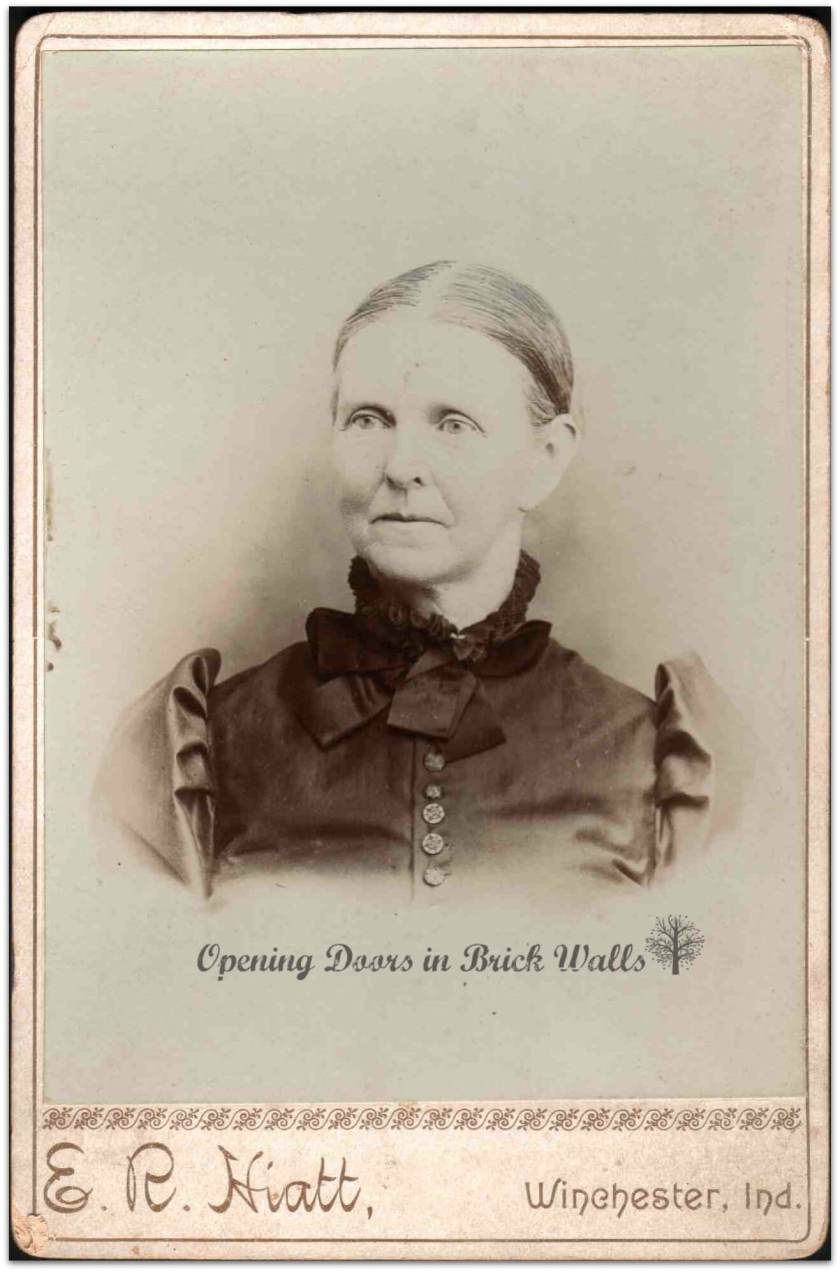