My Dad had several hobbies over the years. One of them was ceramics. I have two pieces he made, a planter which resembles a log and this little baby sucking her thumb and twirling her hair. 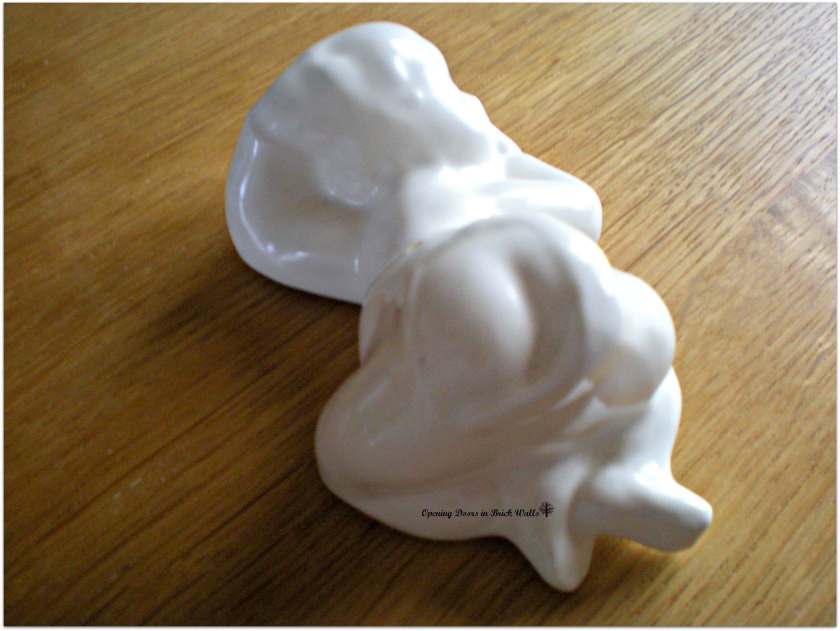 I wasn’t able to shake the habit of sucking my thumb until I was seven years old and was often reminded of this.

On the underside he carved his initials FD for Fred Dempsey. 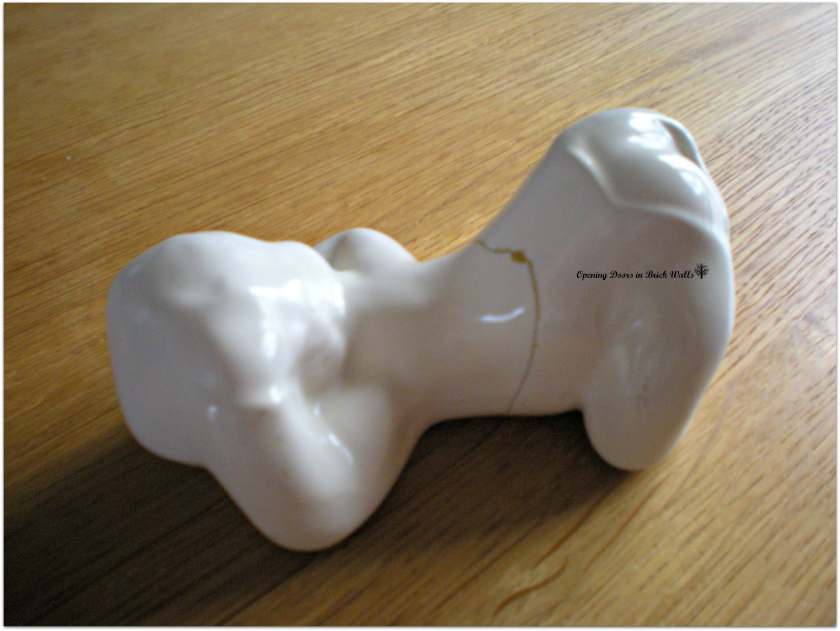 The baby at one time had an accident, breaking into two pieces and had to be glued together. 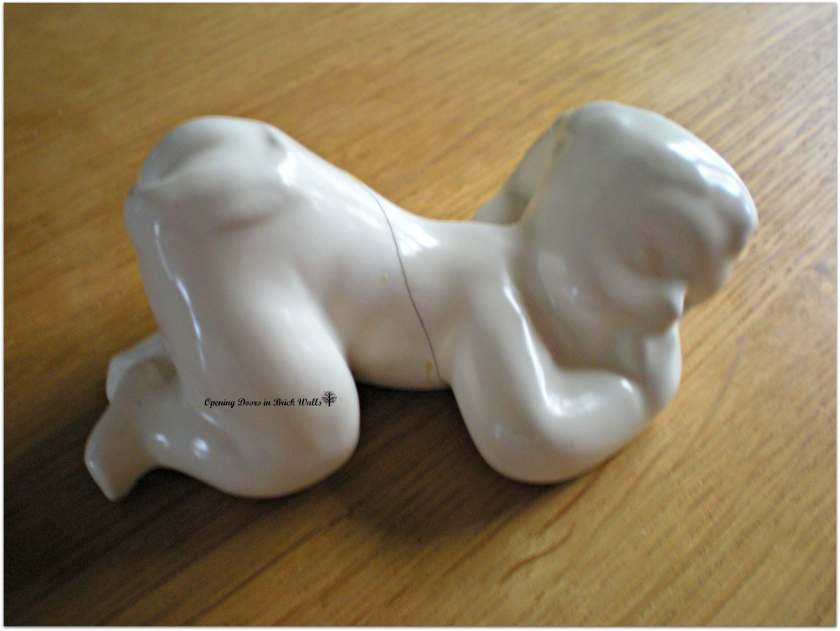 I cannot remember any being painted in color and most were white. Exceptions were the black stallion and the log shaped planter which is a dark grey, a mixture of white and black brushed on to make it look like wooden grain.

I thought it would be fun to do this one today since Dad thought of me when he chose to make this piece and Tuesday’s Child, the baby she represents, will be turning 58 in two days.