The week between the second and third Sunday of Advent is mostly reserved for baking cookies. It’s become a tradition to bake and share Christmas cookies with family, friends, and acquaintances.

In the December 1996 issue of the Good Housekeeping magazine, my Mom tried out a recipe that became a family favorite and the most-liked by everyone who receives them as a gift. For a while, I wanted to keep the recipe for Chocolate Sambuca Cookies a secret but finally translated it to German and converted the US measures to metric. These cookies are the first to be mixed up as they need to be chilled overnight.

Next, I fix two recipes of Kokosmakronen (Coconut Macaroons), a recipe I received from a Luxembourgish friend many years ago. These are quickly whipped up and need to be watched when baking as they should begin to brown but not be allowed to dry out. The secret ingredient is marzipan which makes them chewy instead of hard like meringue cookies. The half a dozen leftover egg yolks are perfect for making Mom’s recipe for ice cream. 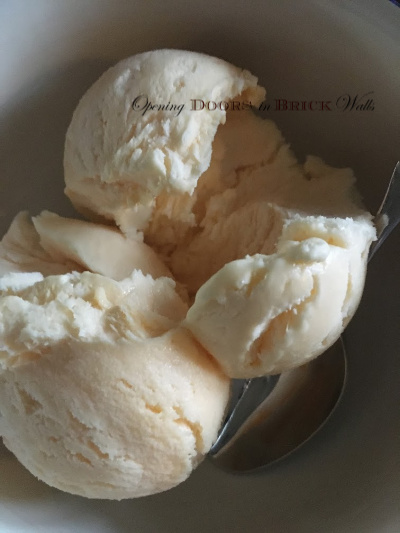 When we married in 1978 my mother-in-law gave me a cookie press. It was only when I tried the recipe for Spritz cookies in my 1976 edition of Better Homes and Gardens New Cook Book that I finally began using it each year. I had a “feeling old” moment when I looked up the book on the internet and found it referred to as vintage! 1976 was the year I graduated from high school. The recipe makes a lot of cookie dough for pressing. One year I tried adding a cherry on top of half the cookies. This was a big hit with my husband and I’ve added the cherries to the macaroons too.

A few years ago I tasted these orange-flavored biscuits sold at a well-known coffee shop associated with Mr. Clooney. They were delicious but, I thought, too expensive. I experimented with the Spritz recipe, leaving out the almond extract and adding orange extract and peel. To add more flavor I brushed them with orange glaze and called them Glazed Orange Spritz.

Chili Chocolate Chip Cookies are another favorite in the tins we gift. Several years ago I found a free sample of Vanilla Chili Salt in a German cooking magazine. The recipe for the cookies was on the back of the little packet and the sample was just enough for one recipe. The supermarket we shop at carries the label but didn’t have this particular salt mixture. I ended up mixing my own version of the vanilla chili salt. Later when I was able to buy the flavored salt I had to add more chili as either they had changed their recipe or we had gotten used to the more hot taste of my salt mixture.

After two full days of baking, the cookies were ready to be packed up in the Christmas tins to give away. There were not enough left over to fill the small bags of cookies for our postman and the trash collectors so I’m off to do more baking. 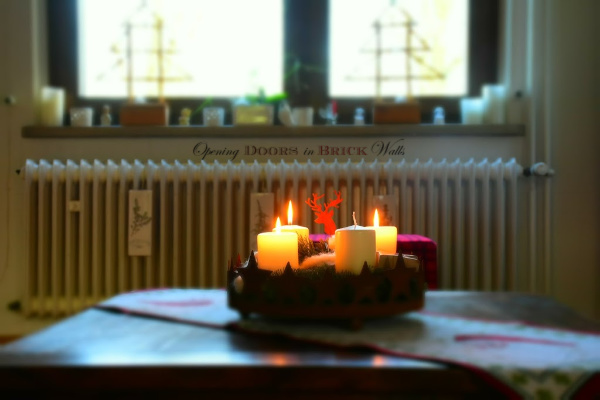 May the peace of Advent be with you and your families.