I’m proud to be able to share photos taken last week of the road into Ferschweiler, the town sign, the catholic church, and the Luzienturm (tower) from the year 1538. It was wonderful to walk the church grounds where my ancestors are buried and see the church they were baptized and married in. The graves are no longer there but their spirits remain.

Nicolas was most likely the oldest of 4 children. His three younger siblings were born during the Napoleonic Wars (18 May 1803-13 Sep 1815):

Ferschweiler, The Birthplace of the WILDINGER Children

Catherine and Nicolas had the following children:

And There Were More Funerals

Nicolas WILDINGER lived a little over four years as a widower before dying on 3 June 1874 in Ferschweiler at the age of 75.[1]

He left two children, the elder Elisabetha and my 2nd great-grandfather Bernard. It is not known if his youngest son Peter was still living. Elisabetha died 29 September 1882 in Ferschweiler[6] and Bernard died 14 October 1893 in Ernzen.[7] 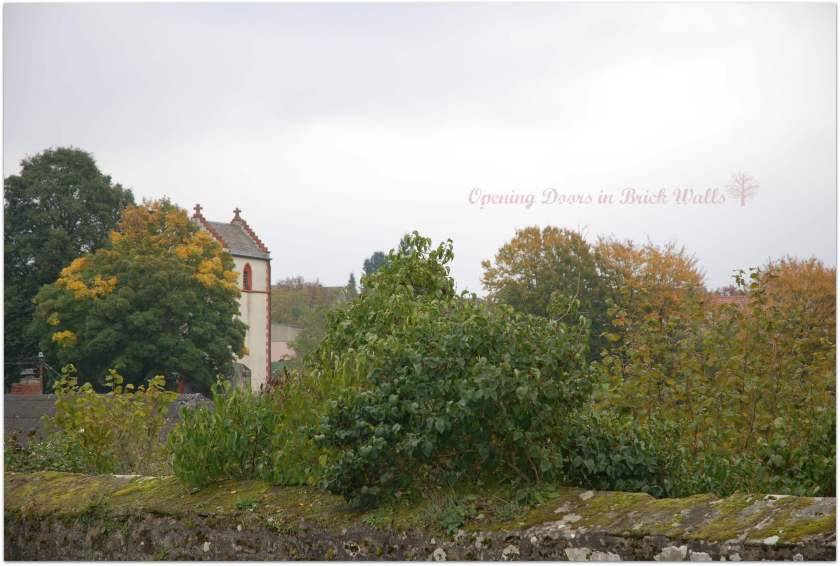