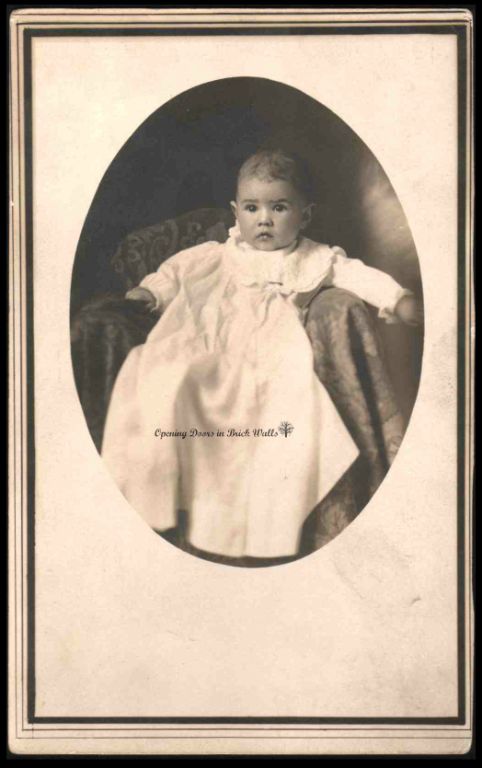 On the front is a photograph of baby Cecil ROYALTY. One would think with this name the baby would be a boy however this young lady was named after her mother Fern CECIL (1889-1978). 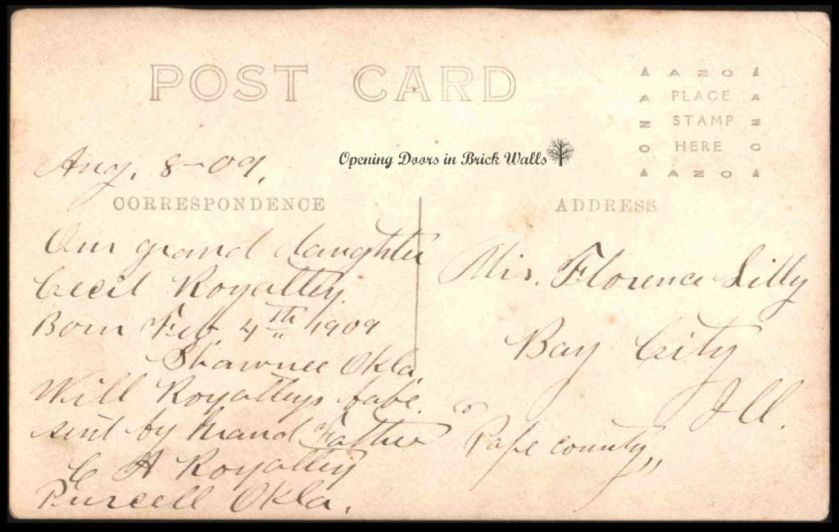 On the back of the postcard is the following text:

Further research on baby Cecil showed the date of birth given on the card is not quite correct. She was born 4 January 1909. Cecil, being the first grandchild, may have been the reason the excited grandfather Chester made the mistake. Did he have several copies of the photograph he was sending to family and friends? Did he not pay close enough attention while writing the same text on each postcard?

On the census in 1910 and 1920 she was seen as Cecil, in 1930 as Florence C., and in 1940 as Florence. She likely got the name Florence from her grand-aunt Florence LILLIE née ROYALTY who received the photo from her brother Chester, the grandfather. The SSDI and SSN application (both index-only) have Cecil with her married name(s) EILBECK and TOLLES but not with the first or middle name Florence. The 1972 obituary of her first husband Arthur Blake EILBECK does not mention children and the widow is named as “Cecil (née Royalty).”